[Exclusive Interview] – Meet the Community of the TEA Project

Today we are doing something a little bit special. In general, I do my interview directly with one of the founders of the project. This time, the whole community of the TEA Project wanted to participate so instead of having answers from one person only, I had answers from multiple members of the community/admin team. Let’s dive in!

[SurferInvestor] Could you please summarise briefly what the Tea Project is about?

[TEA Project] TEA project dApps run on our layer-2, a Web Assembly runtime that executes app code within hardware-protected enclaves. These hardware enclaves generate PoT (Proof of Trust) data handled by the blockchain consensus on the layer-1 Ethereum blockchain. Therefore, in TEA, blockchain doesn’t use consensus to verify the result of dApps code, but the execution environment where the code runs.

[SurferInvestor] Could you please tell me about the founder of the project, Kevin Zhang?

[TEA Project] TEA Project was founded by Kevin Zhang. When Kevin was CTO of iHealth Labs, he noticed that they had large amounts of patient data that could barely be used due to strict medical data regulations. Kevin saw a need for a new infrastructure that made data completely private and secure. He was then able to use his experience with blockchain and combine it with hardware security to come up with the idea for the TEA Project. If you want to know more about Kevin or some of the other 5 members of the TEA project, feel free to have a look at their Github.

[SurferInvestor] What item in the roadmap gets the community the most excited?

[TEA Project] Mainnet launch is the most exciting thing happening this year as we move from the Goerli testnet onto Ethereum.

[SurferInvestor] You started building on Polkadot, now moving to ETH Mainnet, It probably was not an easy decision. What were the main reasons?

[TEA Project] Polkadot was a great starting point for us, and having built TEA Project using their Substrate programming language made it an easy choice. One issue that we faced was that the Polkadot{.js} wallet extension isn’t as polished or popular as Metamask which made onboarding users an uphill battle. But the major reason we switched is because of Ethereum’s network effect and large user base. This makes it easier to attract investors, developers, and end-users to our platform. And going from testnet (Goerli) to launching mainnet is much more straightforward in the Ethereum ecosystem.

[SurferInvestor] Why should I use Tea Project as a user? What problem does it solve?

[SurferInvestor] Why is it better for users, if their everyday app runs on decentralized servers? Instead of cloud computing?

[TEA Project] A normal user will probably care so far as they care about their data not sitting on a company’s remote server waiting to be hacked. If it’s just something like a simple cloud-hosted game where all they have is my email or username on their servers, maybe I don’t care about that and therefore normal cloud hosting is just fine in that instance. But if I have something like medical records I don’t want to be shared then that would be a strong candidate for an app on our network that could vouchsafe private user data.

Please note that Ethereum as the layer-1 is primarily responsible for storing and verifying the trust data of the hosting nodes running on our layer-2.

Data along with app code is only acted on within the protected enclaves of the decentralized mining nodes.

[SurferInvestor] Could you give an example of which type of app you would want to attract to the “Tapp Store” to use your decentralized infrastructure?

[TEA Project] Sure! Imagine a game that allowed TEA miners to host parts of the game (e.g. the game’s marketplace), or a company that sold an appliance with a TPM chip built-in that allowed the owner not only to use the app but to make money by hosting other end users who want to use the app. End-users who can earn while using the app are one web3 innovation that TEA can unlock.

It could also be any app that cares about making sure its users’ data is always private and completely unhackable. They would make sure of this by leveraging TEA boxes in the home (think of them as part of the home’s router gateway):

These companies would send their code to the data which never leaves the end-user’s home:

[SurferInvestor] In an ideal world, how would Tea Project look in 5 years?

[TEA Project] In 5 years’ time, we look forward to TEA boxes being in homes across the world. This allows users to keep their data in their homes and makes sure that all data execution happens within the dual-protected enclaves of the TPM chip in their TEA box that sits inside the user’s residence. This would mean that the old web2 paradigm of private data remaining on remote servers has started to make way for a new infrastructure that protects user privacy.

[SurferInvestor] For people who wanna jump in, how to get started?

[TEA Project] The best for them would be to participate and start competing in our latest epoch to earn a share of the COFFEE rewards.

Users needing assistance can refer to the video guide here as well as a written user guide. You can participate with the TEA Project community on their Telegram and Discord.

[SurferInvestor] Thanks a lot to the TEA Project community for answering this interview, but mostly to George! We wish you all the best for the next steps and fingers crossed for the launch on Mainnet!

How to grow your crypto/web3 project?

Where to incorporate your crypto business? 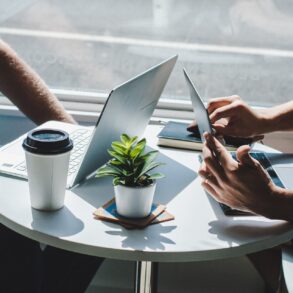 How to find a co-founder in web3?