It is a great pleasure to have Guillaume, one of the Co-Founder of Antfarm, with us today. Antfarm is a decentralized exchange (DEX) dedicated to liquidity providers. In this interview, we will get to know more about Antfarm, what makes it different from other DEXs, the background of the team, what features the team is currently most excited about, and the longer-term vision of Antfarm. With that said, let’s dive right in.

[SurferInvestor] Could you please summarise briefly what Antfarm is about?

[Guillaume] Antfarm is a DEX dedicated to Liquidity Providers (LPs). Its goal is to let them generate more profits from their liquidity than on other DEXs. To do so we went in the opposite direction than the competition, raising swapping fees. Antfarm is also a whole ecosystem, as fair as possible that aims to reward all its stakeholders (LPs, investors, etc). The logic is, the higher the swapping fees, the more reward for LPs, the more rewards for LPs, the deeper the liquidity, the deeper the liquidity, the lower the slippage, therefore, the more users will use Antfarm to swap.

[SurferInvestor] Could you please introduce the founding team? What is your background? What makes you the right team for the project?

[Guilaume] We are three developers who’ve been working together on various projects in the crypto industry since 2017. We’ve worked on a wide variety of projects in the ecosystem, mostly private (trading bots, EVM automation, etc.).

[SurferInvestor] How did you come up with the idea of Antfarm?

[Guilaume] It all started with an arbitrage bot that was trading between CEXs in 2018, eventually we decided to work on a Market Making bot as well to increase the liquidity of some pairs. At that point, we were both makers and takers on a small exchange and this is where we saw an opportunity to create our own order book to avoid paying fees. Fast forward we ended up with what was a functional CEX that we ran privately for 6 months (some friends joined as well). We had two things to find a solution for; liquidity and regulation.

[Guilaume] We decided to focus on liquidity first: our idea was simple, let users create plug-and-play market-making bots on our CEX (grid bots). It worked like a charm and eventually, we added our private CEX to our arbitrage bot. That’s where it clicked. One day our arbitrage bot got a bug and remained off for the night, in the morning we launched it again but the markets had moved more than +10% in the meantime. As the liquidity on our CEX hasn’t been taken, the bot started to do huge profits (10%, then 9%, etc) instead of the usual trigger of 0.5%. The arbitrage bot made much more that day, by far than any other day and that got us curious about that.

[Guilaume] We decided to run some backtesting with a configuration where we have “private” liquidity and where no one else than our arbitrage bot was going to take it away, it gave us very good results. We tested many other things like dynamic fees but it almost failed every time. The takeaway from this experiment was simple: the higher the trigger % the higher the profits. But that still didn’t solve the liquidity issue. The high profits were made by the arbitrage bot and not the market-making ones (those were actually making less for the same risks because fewer trades happened with a higher % trigger).

[Guilaume] We forgot the regulation for a moment but we finally had to face it and we weren’t very confident. We tried to incorporate a company in Estonia but the regulation went crazy while we were in the process, after a few months we had to start everything over again. Apart from the regulation alone, owning your users’ cryptocurrencies, even with great security measures (multisig wallets) was a real pain point.

[Guilaume] We knew we had something with the bots, some friends used them and were very happy, we personally ran some and were very confident others would join. But what if we could have the same product, this time decentralized? This is how Antfarm was born.

[SurferInverstor] What item in the roadmap gets you the most excited?

[Guilaume] Antfarm will be awesome for project owners who want to make revenue from the volatility of their token, instead of dumping their tokens, as well as giving incentives to their community to increase the liquidity of their token. We’re working on an upgrade specifically for that case and I can’t wait to see the first projects coming to Antfarm with a chunk of their liquidity. But this is only a small part of our long-term strategy, our goal is to deploy the protocol on side chains and L2s where project owners will be able to use it. To do so, we’ll bridge the ATF to use it as the fee token as well, increasing its demand with every new chain.

[SurferInverstor] I have been providing liquidity since DeFi summer with x*y=k, then Uni v3 model, what does Antfarm brings to the table?

[Guilaume] The goal of DEXs like Uniswap has been to let anyone swap an asset for another in the correct market conditions. We aren’t trying to improve that part, they’re doing it very well already, all the DEXs out there have enough liquidity to operate that mission. What we bring to the table is specifically for LPs. Our high fee strategies let them make higher profits than anywhere else and this is due to a simple thing: the profits generated by our pools come from the volatility of the assets in the pool and not from a volume-to-liquidity ratio. When the yield comes from volume/liquidity, if the returns are too good (high volumes), the liquidity will increase, lowering the returns. In the end, it just covers the risks taken by the LPs. Antfarm solves that and the good thing about that is that you can generate much more on Antfarm than on other DEXs.

[SurferInverstor] What is your bottleneck for now and how can the community help?

[Guilaume] The bear market is tough when you’re launching a new project that needs to be DYOR. Antfarm is a niche product in the end, so it’s even worse. The best thing our community can do for us is to take the time to DYOR our project. We’re happy to answer all questions and make sure everyone understands what we do, how, and what they might be investing in.

[Guilaume] The swapping fee might be higher but it doesn’t mean the global price of the swap isn’t better on high pool fees. Those are intended for arbitrage bots but we’re still displaying them (at least for now) on the front end because, in the beginning, some manual arbitrages might be available.

[SurferInverstor] What’s the purpose of the ATF token?

[Guilaume] ATF is the utility token of the ecosystem, its goal is to allow LPs to profit from its potential value increase over long periods of time. Any swap happening on Antfarm will require fees to be paid in ATF. This allows the protocol to burn 15% of all the fees, ensuring ATF is a deflationary token and making sure it’ll at least have strong tokenomics to keep its value over the long run. By being deflationary it will also attract investors that just don’t want to do LP but still would simply hold such a token. The magic will happen when arbitragers will have to buy ATF in order to arbitrage and make a profit for themselves, any strong market movement will generate a great increase in the demand for ATF. The more liquidity, the more ATF burned.

[SurferInverstor] What is the end game for the AGT token? Are you aiming at something similar to veCRV where the veAGT influence the ATF emissions?

[Guilaume] The AGT token is the governance token of the DAO that’s participating in the launch of the protocol ensuring it’s fair and funding the initial liquidity (through the ILO). Once staked you’ll get veAGT, the governance token of the DAO. Owning veAGT will let you claim a share of the profits of the DAO (in the beginning 70% are reinvested and 30% shared as rewards to veAGT holders), profits made with the raised liquidity during the ILO. It won’t influence ATF emissions as ATF is deflationary and can’t be minted anymore. But veAGT owners will be able to take part in future governance decisions like deciding what chains we should deploy the protocol on etc).

[Guillaume] That’s the vicious circle when launching an exchange, you need makers (LPs) to attract takers (swappers) and takers to attract makers. The good thing about Antfarm and its high fee pools is that we only need LPs, their liquidity will be consumed by arbitrage bot, and still, the returns will be higher over the long term. If not I’m not sure we would be trying to launch a DEX actually, it makes such a difference.

[SurferInverstor] I see there is a testnet, Airdrop 👀?

[Guillaume] Probably, we didn’t have the time to manage the Airdrop just yet but many testers came to review our Dapp and it would be fair to give them something in return. Hopefully, we’ll track all transactions that happened on the testnet and will reward the most dedicated testers.

[SurferInverstor] How many people are there on the team?

[Guillaume] We’re three core developers but some other people are helping us sometimes when we have specific needs (a designer for example).

[SurferInverstor] For people who wanna jump in, how to get started?

[Guillaume] If you want to understand the project with all the details around the ecosystem you can DYOR on docs.antfarm.finance, if you just want to invest in it you can head to the ILO app.antfarm.finance. In any case, don’t hesitate to join the community on Discord, we’ll be glad to answer any questions and help all the newcomers.

Thank you Guillaume for taking the time to share your insights and background on Antfarm, and for giving us an understanding of why it is a unique and compelling project. We wish you and the team all the best for the ongoing ILO, and we look forward to watching Antfarm’s progress in the coming months and years. I certainly learned a lot during this interview and will be following the Antfarm project closely.

If you are interested in DeFi, don’t hesitate, as a follow-up, to read also about PoolShark in our interview with alphaKΞY. 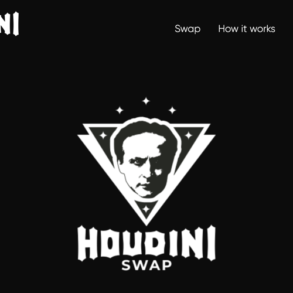 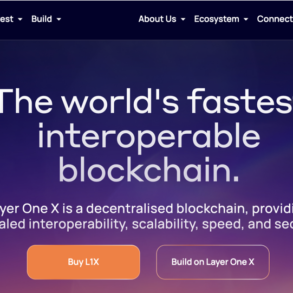